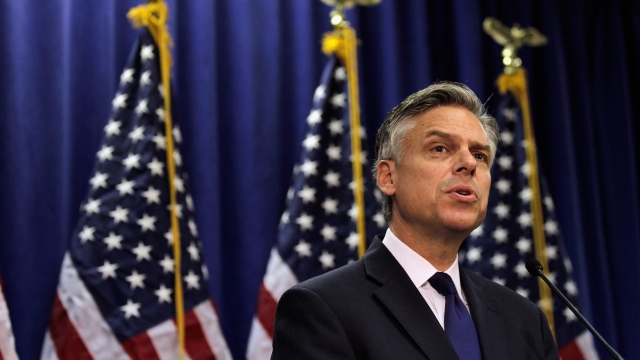 Jon Huntsman now says he supports Donald Trump's bid for the White House, calling on the rest of the GOP to rally behind the Republican presidential hopeful.

The former governor of Utah told Politico: "We've had enough intraparty fighting. Now's the time to stitch together a winning coalition."

Just two months ago, Huntsman told CNN's David Axelrod he could get behind Trump if the front-runner secured the nomination — much as he would for any eventual GOP nominee.

Huntsman's endorsement and others signify a rare shift for the GOP elite, who have been scrambling to stop Trump for a while. But the fear of a contested —and potentially very ugly — convention in July has caused some GOP leaders to speak out in favor of Trump.

Republican Congressman Lou Barletta of Pennsylvania told Politico on Friday: "I believe that the establishment and people in Washington should say this is over. Donald Trump is clearly, clearly who the people want."

This video includes clips from PBS NewsHour and Donald J. Trump For President, Inc. and images from Getty Images.