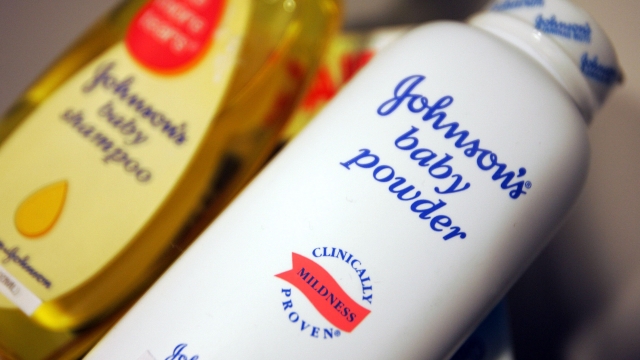 By Grant Suneson
February 24, 2016
Johnson & Johnson will pay $72 million in damages after a jury found it failed to warn consumers that its baby powder could cause cancer.
SHOW TRANSCRIPT

A jury in the St. Louis Circuit Court awarded the family of Jacqueline Fox $10 million in actual damages and $62 million in punitive damages after finding the company failed to warn consumers that their baby powder could be carcinogenic.

Before she died, Fox testified she used the talcum powder as a feminine hygiene product for decades. She was diagnosed with ovarian cancer in 2013 and died last year.

So the case essentially boils down to two questions: Does talc cause cancer and, if it does, did Johnson & Johnson know about it?

Johnson & Johnson denied any wrongdoing and issued a statement saying, "The recent U.S. verdict goes against decades of sound science proving the safety of talc as a cosmetic ingredient in multiple products."

But the science isn't exactly definitive. A National Cancer Institute study said there was little support that linked talc to all types of ovarian cancer, but added "perineal talc use may modestly increase the risk of invasive serous ovarian cancer."

The International Agency for Research on Cancer took it a step further and classified perineal talc use as "possibly carcinogenic." But the most damning evidence may have come from within the company itself.

A memo from the company's medical consultant compared the risks of using hygienic talc to that of cigarettes. And that was evidently enough to convince the jury.

One juror told the St. Louis Post-Dispatch: "They tried to cover up and influence the boards that regulate cosmetics. They could have at least put a warning label on the box but they didn’t. They did nothing."

This could just be the tip of the iceberg for Johnson & Johnson. Fox was one of more than 1,000 women with similar lawsuits against the consumer goods manufacturer. The company is expected to appeal the ruling.

This video includes clips from Johnson & Johnson and images from Getty Images and Austin Kirk / CC BY 2.0.