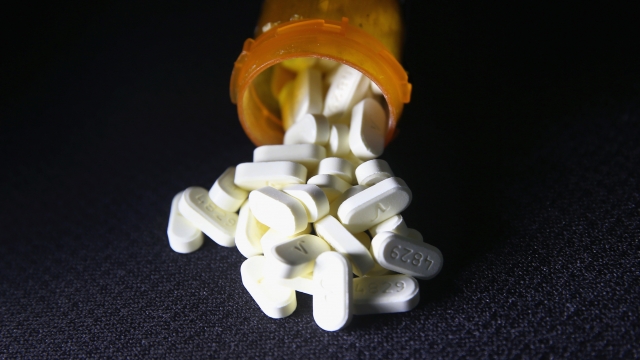 This is the first ever ruling that holds a drug maker accountable for fueling the opioid epidemic and could mark a significant shift when it comes to other similar cases across the country.

Over the last two decades, more than 6,000 people in Oklahoma have died due to opioids. Cleveland County District Judge Thad Balkman said based on the facts of the case, Johnson & Johnson, which owns the pharmaceutical company Janssen, is responsible for those deaths.

In a 42-page ruling, Balkman wrote the company's "misleading marketing and promotion of opioids created a nuisance," and he found that "those actions compromised the health and safety of thousands of Oklahomans."

He also ruled Johnson & Johnson and its subsidiary, Janssen, will have to pay the state of Oklahoma $572 million to "immediately remediate the nuisance."

Oklahoma's AG said Johnson & Johnson, as well as other companies, ignored the dangers of opioids while pursuing a profit. "Money may not be the root of all evil, but ... money can make people and businesses do bad things. Very bad things," he said. On Monday, he asked the CEO of Johnson & Johnson to "put his money where his mouth is."

Johnson & Johnson denies any wrongdoing. It says it was "appropriate and responsible" with marketing and promoting the painkillers and followed FDA and DEA guidelines.

On Monday, the company said in a statement that it will appeal what it called a "flawed" judgment. Executive Vice President Michael Ullmann said the company "did not cause the opioid crisis in Oklahoma, and neither the facts nor the law support this outcome. We recognize the opioid crisis is a tremendously complex public health issue and we have deep sympathy for everyone affected. We are working with partners to find ways to help those in need."

Teva Pharmaceutical and Purdue Pharma, which makes OxyContin, have also already settled with Oklahoma out of court for a combined $355 million over their alleged roles in the opioid crisis. Another two companies, Endo International and Allergan, have agreed to pay $15 million to avoid going to trial in Ohio.

This Oklahoma ruling is so monumental because it could set a precedent for similar cases that are playing out right now — and result in more big payouts. Around 1,900 cases are pending just in Ohio against opioid manufacturers including Johnson & Johnson and Purdue Pharma. Nationally, there are more than 2,300 pending cases accusing manufacturers of downplaying the risks of opioids and failing to detect and halt suspicious orders.

According to the CDC, 130 Americans die every day because of an opioid overdose. The highly addictive painkillers were involved in nearly 400,000 deaths from 1999-2017.

Judge Balkman said it's up to legislators and policy makers to decide whether more programs and funding are needed to help alleviate Oklahoma's opioid crisis. The state will prepare a final judgment within 10 days and present it to Johnson & Johnson, and the company will have five days to voice objections. If the company and state can't agree, there will be a hearing to settle the final order.