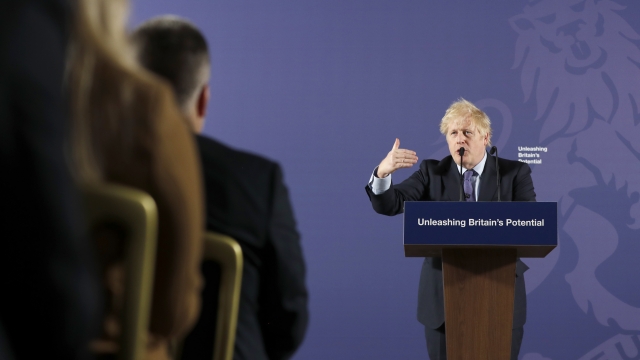 The announcement comes in response to a knife attack Sunday in London where three people were injured. Police were following the attacker on foot as part of a "proactive counter-terrorism surveillance operation," and shot and killed him after he started attacking people. The 20-year-old man had what looked to be an explosive device strapped on his body, but it was determined to be fake.

The suspect had been released early from prison less than two weeks before the attack. He was sentenced to three years for terrorism-related offenses but served only half that time.

It echoes a similar attack just two months earlier at London Bridge, where two people were killed and three others injured. That attacker was also released early after serving less than half of a 16-year terrorism-related prison sentence.

London Mayor Sadiq Khan said Monday the government has "serious questions to answer." He called on the government to give judges the ability to keep people convicted of terrorist acts in prison. Khan also pushed for improved reform efforts. He told the Evening Standard prisons are a "university of crime" where inmates are radicalized.

Johnson said Monday the government is bringing forward legislation to stop early automatic release. He noted it'll be complicated by figuring out how to apply the rules retroactively to people who already qualify for release.

Johnson also expressed concern about how terror prisoners are handled while behind bars.

He explained, "If you have about 200 or so inside the question is how do you detain them? Do you detain them on block in one group and try to keep them together because that avoids them infecting or passing the virus of their beliefs to others in jails . Or do you disperse them and try to stop them re-infecting each other and that's a very difficult problem."