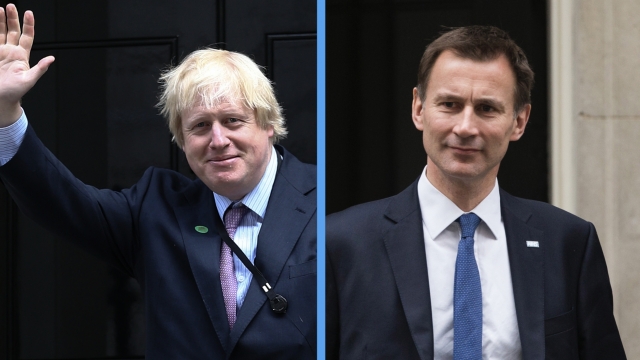 The list of candidates to be the next U.K. prime minister is down to two.

The country's ruling Conservative Party has been whittling down candidates in a series of votes, and Boris Johnson and Jeremy Hunt are the final two men left standing. Current Prime Minister Theresa May officially resigned from her position as the party's leader earlier this month, but she'll keep the job until a new one is chosen.

Now, Johnson and Hunt will have a few weeks of campaigning to try to convince their fellow Conservatives that they should lead the party and become the next prime minister. The winner will be announced the week of July 22.