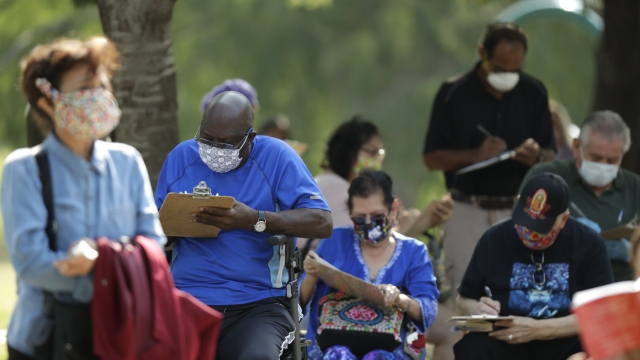 The director of Johns Hopkins Center for Health Security countered President Donald Trump's sentiments about COVID-19 going away on its own.

But, during a Fox News interview on Sunday, Dr. Tom Inglesby, an infectious disease expert, said he disagreed.

"No, this virus isn't going to go away. Hopefully, over time, we’ll learn to live with it and we’ll be able to reduce the risk of transmission. But it’s going to stay as a background problem in the country and around the world until we have a vaccine."

Inglesby said the U.S. is still in the early stages of the coronavirus pandemic and overall there's a "national plateau" of cases. He also said that other countries have gotten the virus under control by testing for it and tracing contacts, but the U.S. isn't doing that enough at this point.

Meanwhile, another medical expert said that contrary to the president's claim, more Americans will likely get the virus.

Michael Osterholm, director of the Center for Infectious Disease Research and Policy at the University of Minnesota, said on NBC's "Meet the Press" that "we’re going to see 60 to 70% of Americans ultimately infected. What we have to do is to figure out how not just to die with the virus but also how to live with it."