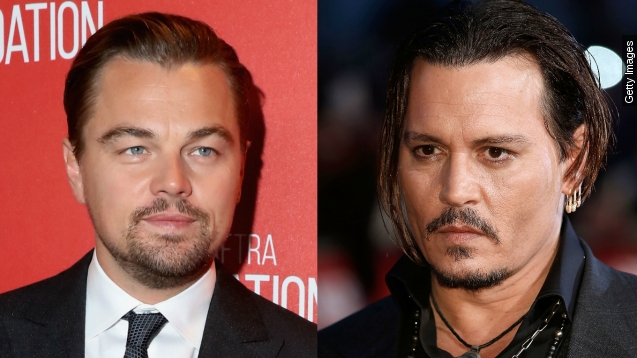 When news came out that Eddie Redmayne would play the first person to have sexual reassignment surgery, award season analysts said, "Well, he's probably going to win his second Oscar."

But as we get deeper into award season, that might not be the case anymore. Experts are pointing toward other actors, most notably Leonardo DiCaprio and Michael Fassbender.

Of the 22 Gold Derby experts who have named their Best Actor picks for the 2016 Academy Awards, 11 pegged Leo to win his first Oscar for his role in December's "The Revenant."

And this very well could be his year. When Matthew McConaughey won the Best Actor Award in 2014, Time pointed out the Academy sometimes looks at an actor's entire career rather than just an individual performance. (Video via Universal Pictures / Dallas Buyers Club)

In McConaughey's case, he was overlooked several time in the past. (Video via Millenium Films / "The Paperboy", Lionsgate / "Mud")

Though, it wasn't a surprise when he won his first Oscar last year. He had been nominated for, or won, major awards throughout the season. Of those honors, he won the Desert Palm Achievement Award at the Palm Springs International Film Festival.

In the past eight years, six winners of that award went on to receive the Best Actor award at the Oscars.

And that's why this year's Desert Palm Achievement Award winner is throwing a wrench into Leo's chances. Johnny Depp will receive the honor for his role in "Black Mass."

Did you ever think you'd see the same person who plays Cpt. Jack Sparrow compete against this guy?

Depp has a fair shot, too. He plays Whitey Bulger, a famous Boston mobster. And the Academy loves films based on real people. (Video via Warner Bros. / "Black Mass")

And like Eddie Redmayne's portrayal of Stephen Hawking, it feels like you're watching Bulger in the film, not Depp.

All of this said, it's still a wide-open race. "The Revenant" has been kept tightly under wraps, so until critics get a look at Leo's performance, it's really any man's race to win.