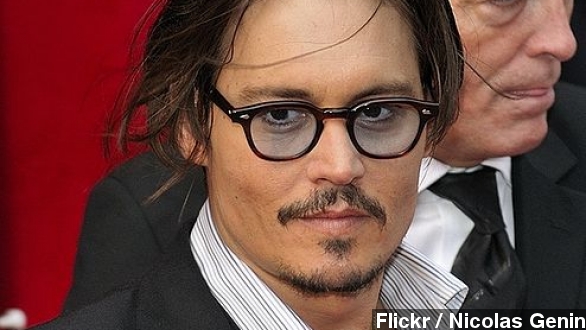 SMS
Johnny Depp Subpoenaed In Bizarre Murder Case
By Kristian Mundahl
By Kristian Mundahl
April 12, 2014
The movie star has been called to a trial for a limo driver who says she was meeting Depp when she ran down and killed a pedestrian in 2009.
SHOW TRANSCRIPT

​A bizarre murder case from 2009 is back in the news with movie star Johnny Depp at the center.

Depp was reportedly served subpoena papers at the premiere for his new film "Transcendence" and is expected to testify in the murder case involving a limousine driver.

Back in 2009, the driver reportedly intentionally ran over and killed another woman, dragging her body for more than a mile beneath the car. Police said the women had been arguing about drugs immediately before the murder.

So where does Depp come in?

After the crash, the driver told police she was in the area to meet up with Depp, her so-called boyfriend at the time. The driver's lawyer now wants the star to deny knowing her and prove her insanity.

And TMZ expects the actor to attend the trial, writing “We're assuming Johnny will testify he doesn't know [her].”

But a writer for Gawker thinks the subpoena is a waste of time, writing  “If only there were another way to prove someone's insanity before having a mega-celebrity needlessly show up at their trial.”

According to the site Starpulse, Depp could testify in writing or even over the phone for the case.

At the time of the murder, Depp was reportedly still dating French actress Vanessa Paradis, with whom he has two kids.