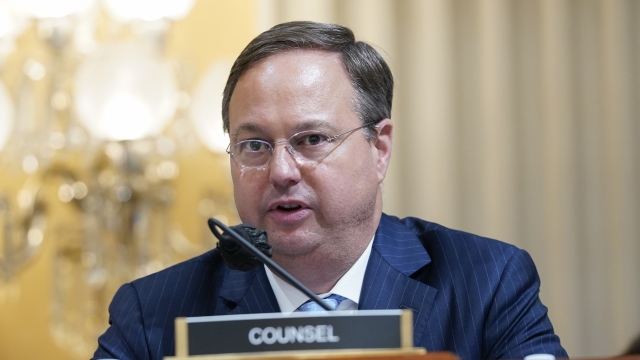 At the Cass County Fair outside Kansas City, Missouri, the focus is on summer fun and winning prizes — not on high-profile congressional hearings.

One person said she watched "for the first few days to just watch the stupidity of them, and then no," while others say they just haven't been paying much attention.

Some attendees said when it comes to politics, they're worried about the economy and finding a candidate who agrees with their conservative values. But one thing they're not concerned about is the Jan. 6 committee hearings in D.C.

Recent national polling shows Missourians aren't alone. As many as 62% of respondents said they weren’t paying attention to the hearings.

But that didn't deter John Wood, a former investigator for the Jan. 6 committee, from throwing his hat in the ring.

“A few years ago if I'd heard a politician said their top priority was going to be defending our democracy in our Constitution, I would say, 'Well, that's so general as to be meaningless,' but it's not anymore,” Wood said.

Wood is running for Senate as an independent because he believes neither political party is offering up candidates that represent Missouri voters.

“I think in the general election, mainstream voters are going to want somebody who represents their views and values and is within the mainstream," Wood said. "They may disagree with me on a particular issue, but they'll respect the fact that I'm within the mainstream and looking to put country ahead of party."

Wood says his position on the Jan. 6 committee was about defending democracy – something that’s now a top priority in his campaign for Senate.

“We've gotten to a point where we no longer have a consensus around our democratic process and that we have to respect the results of election,  so protecting our democracy, protecting our Constitution, is the top priority," Wood said.

Wood is focused on November, where he’ll face whoever wins next month’s Republican and Democratic primaries.

The GOP frontrunners include: Eric Schmitt, the current Missouri Attorney General; Eric Greitens, the former governor who was forced to resign due to scandal; and Rep. Vicky Hartzler, who currently represents central Missouri in the House.

Democrats are looking at a two-person race between Lucas Kunce and Trudy Busch Valentine, both of whom are political novices.

So far, Wood has not made his role with the committee central to his campaign, focusing instead on rejecting the radicalism he sees dominating politics. He believes candidates on both sides have been stuck in a “race to the bottom."

“They think that's what's going to help them win their primaries, but that's not what most Missouri voters want," Wood said. "They want somebody who's in the mainstream."

As for voters in Missouri, many are still undecided about who they want representing them in the Senate.