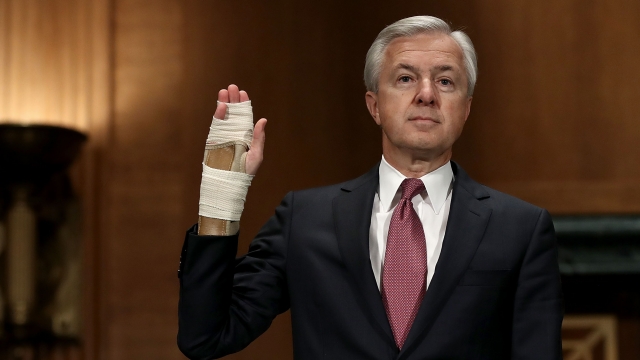 Wells Fargo's CEO John Stumpf is stepping away from his position a bit earlier than he had planned.

The embattled executive is leaving after the company was fined $185 million for making phony accounts in customers' names to inflate sales numbers. More than 5,000 employees were also let go.

When the scandal first hit, USA Today reported Stumpf would get a total of $123.6 million if he left. He's since forfeited millions in stocks, bonuses and severance, but he'll still be able to afford a really fancy retirement party. Plus, he gets to avoid cleaning up the sales culture that critics say he's responsible for.