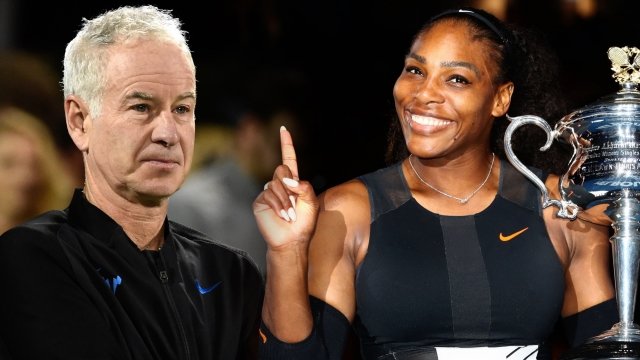 Tennis legend John McEnroe stands by his statement that Serena Williams would "be like 700 in the world" if she played on the men's circuit.

When asked on "CBS This Morning" Tuesday if he'd "like to apologize," McEnroe said: "Uh, no." Here's the back story:

The controversy started Sunday when NPR aired an interview with McEnroe, who is currently promoting his new memoir.

McEnroe writes that Williams is "without a doubt, the greatest female player ever."

The "Weekend Edition Sunday" host asked McEnroe why he would "qualify it" by saying "female player" rather than "best player in the world."

That's when McEnroe made his much-criticized statement. 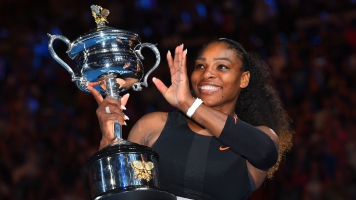 Williams responded on Twitter Monday night, saying: "I adore and respect you but please please keep me out of your statements that are not factually based."

It's worth noting she has 23 Grand Slam wins — that's a record for both women and men in Open Era history.

Coincidentally, Williams told Vanity Fair in a recent interview that her being described as the best athlete of her time "wouldn't be any sort of question" if she were a man.

This is far from the first controversy McEnroe has found himself in. During his professional tennis career, McEnroe was known for losing his temper during matches.

McEnroe told "CBS This Morning" that "it wasn't necessary" for him to bring up the rankings. He added, "I didn't know it would create controversy."