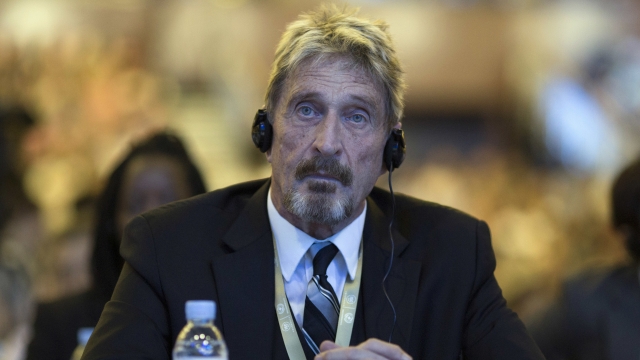 John McAfee, the creator of the McAfee antivirus software, has been found dead in his cell in a jail near Barcelona, a government official told The Associated Press on Wednesday.

Hours earlier, a Spanish court issued a preliminary ruling in favor of his extradition to the United States to face tax-related criminal charges.

Security personnel at the Brians 2 penitentiary near the northeastern Spanish city tried to revive McAfee, who was 75, but the jail’s medical team finally certified his death, a statement from the regional Catalan government said.

The statement didn’t identify the U.S. tycoon by name, but said he was a 75-year-old U.S. citizen awaiting extradition to the country. A Catalan government source familiar with the event who was not authorized to be named in media reports confirmed to the AP that the dead man was McAfee.