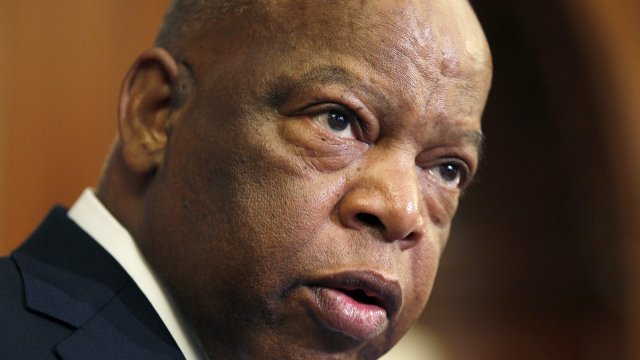 A memorial for late civil rights pioneer John Lewis is going up in Georgia in the same place where a Confederate monument stood just last year.

The Confederate monument was taken down last January.

Several similar monuments were also taken down by local leaders and protesters.

It's still unclear what the Lewis memorial will look like, but there's a push to depict him in his younger age, when he fought for civil rights alongside Dr. Martin Luther King Jr.