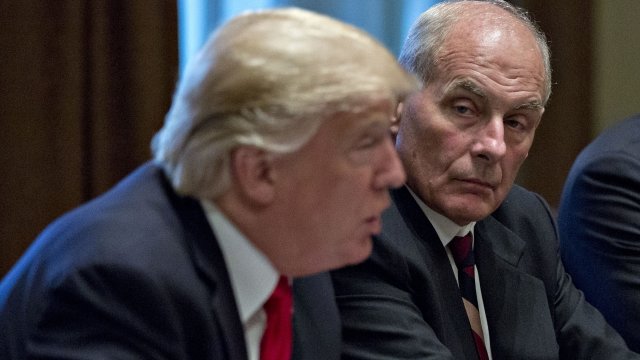 Trump is reported to be unhappy with several of his Cabinet members, who have made headlines for ethics violations and misuse of taxpayer money. Trump also reportedly has it in for national security adviser H. R. McMaster — even Kelly himself has responded to questions of his own fate.

Some reporting suggests Trump actually enjoys the unrest; he said he likes the conflicts he's created.