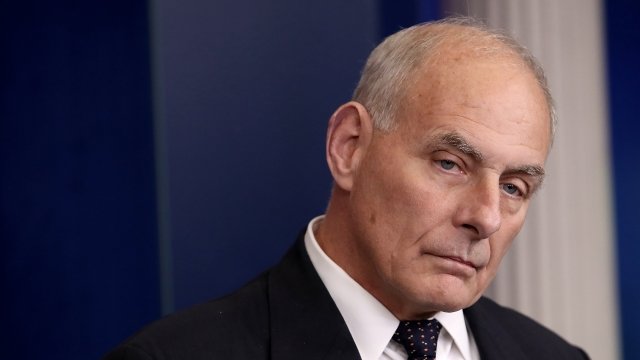 White House chief of staff John Kelly reportedly said something to lawmakers Wednesday that seems to reflect a divorce between the president's campaign promises and his staff's implementation of those ideas.

And in an interview with Fox News on Wednesday night, Kelly didn't deny saying those things. In fact, he seemed to corroborate them.

"I pointed out to all the members that were in the room that they all say things during the course of campaigns that may or may not be fully informed," Kelly said on Fox News on Wednesday night.

But, here's the thing: The bit about Mexico paying for the wall isn't something Trump said just during the campaign. It's something he said earlier this month. 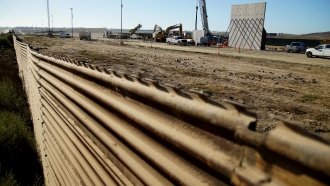 Lately, he's suggested Mexico will pay for it indirectly through renegotiations of the North American Free Trade Agreement, or NAFTA. The president has shifted his tone on what the wall might look like, though.

"We don't need a 2,000 mile wall. We don't need a wall where you have rivers and mountains and everything else protecting it," Trump said during a meeting on immigration Jan. 9.

Trump's tamped down other campaign promises since entering office, which isn't unique, by any means, to this president. But Kelly's comments could muddy the waters on what Trump's immigration positions actually are.

"He has, uh, changed the way he has looked at a number of things," Kelly said Wednesday. "He's very definitely changed his attitude toward the DACA issue and even the wall."