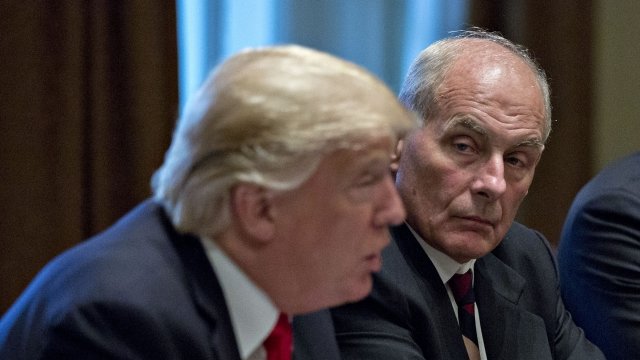 White House chief of staff John Kelly says he doubts President Donald Trump will extend the deadline for Congress to come up with a fix for the Deferred Action for Childhood Arrivals program.

Work permits for young immigrants living in the U.S. under DACA will start to expire March 5. Kelly told reporters he doesn't think Trump has the authority to extend it because the program was "not based on any law." 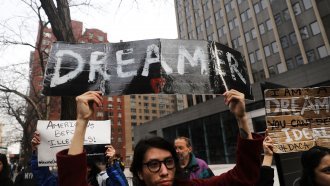 Many Democrats Upset Senators Passed A Bill Without DACA Protections

The news comes a day after Trump seemingly rejected a new bipartisan immigration deal that would protect DACA recipients from deportation and address border security.

In a tweet, Trump pinned blame on Democrats and said any deal that doesn't include border security and funding for a so-called border wall is a "total waste of time."