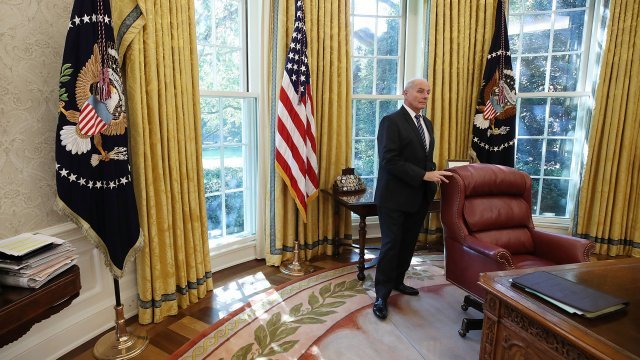 In a memo, Kelly said, "Recent events have exposed some remaining shortcomings," referencing fallout from when two staffers resigned amid allegations they abused their ex-wives.

Brought onto the White House staff as a stabilizer, Kelly said some changes had already been put in place. He personally faced scrutiny in his handling of those abuse allegations. Despite reports he had been willing to resign amid the backlash, Kelly's memo seems to reinforce his desire to stay on board.