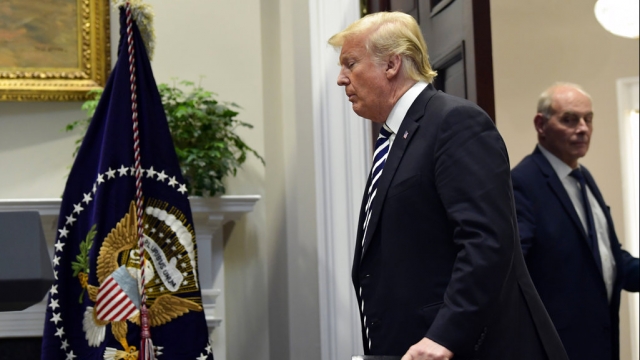 Kelly said the president doesn't have to concede the election. He called on him to transfer information to Biden's camp "just in case" he loses, calling that "what is best for our people."

He told CNN: "The delay in transitioning is an increasing national security and health crisis. It costs the current administration nothing to start to brief Mr. Biden ... the downside to not doing so could be catastrophic to our people regardless of who they voted for."

President Trump has refused to concede the election. He is continuing to pedal unfounded accusations of voter fraud in several key states he lost, with Biden holding a commanding lead in the Electoral College and popular vote.

Kelly served as the president's chief of staff before his contentious departure in 2019. He told Politico, regarding the president's concession: "I know Mr. Trump better than most people do. I know that he’ll never accept defeat."