John Kasich Voted For John McCain Instead Of Donald Trump 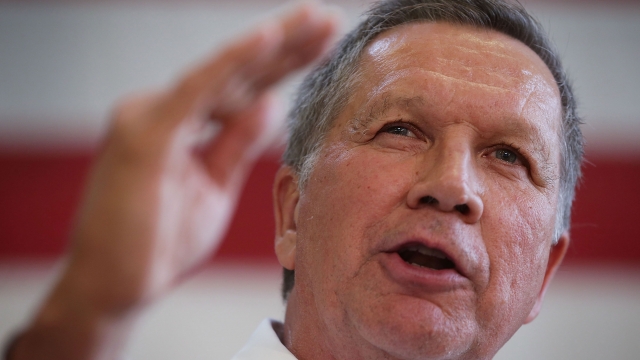 John Kasich made good on his promise not to vote for Donald Trump.

According to his spokesperson, the Ohio governor voted by absentee ballot on Monday. And he chose to write in Sen. John McCain.

McCain ran for president against Barack Obama during the 2008 election.

He reportedly voted straight-ticket Republican on the rest of his ballot.

But, because Sen. McCain isn't one of the 18 certified write-in candidates in Ohio, Kasich's vote for president won't count.

If McCain had wanted to be on the write-in candidate list, he would have needed to file with the secretary of state more than two months before Election Day.

Kasich ended his own campaign for the Republican Party nomination back in May. But he's been adamantly against endorsing Trump for president.

It was unclear whom he was going to support instead until he cast his vote.

"We have a different vision, a different value system and a different objective. So it's pretty hard to put that together. But right now, the divisiveness, the division, the name calling — it just doesn't go down well with me," Kasich told Fox News.

Trump has criticized Kasich for refusing to endorse him after the Republican primary race ended. All candidates signed a pledge promising to back the GOP nominee after the primary.

As for McCain, he said last month he's considering writing in Lindsey Graham for his own vote.