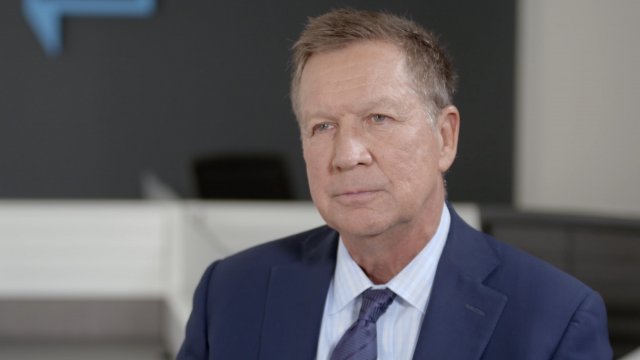 Study after study shows that politics are causing Americans to stress out. It’s causing sleep loss and fractured relationships. But one former presidential candidate wants to change that.

“They’re wringing their hands, fighting with members of their own family or their friends over politics. It’s just silly to do that,” said ex-Ohio Gov. John Kasich.

In his new book, “It’s Up to Us,” Kasich encourages readers to practice kindness and compassion, get involved in movements they care about, and get out of their silos in hopes of healing the intense political division he sees across the country. He also writes that not every election is a life-altering event. But in an interview with Newsy, he acknowledges that the upcoming presidential election will perhaps be more significant than others.

“I think 2020 is an election about whether we’re going to return to a degree of normalcy. And then 2024 will probably be the election that sets the country in another direction,” Kasich said.

Kasich, who challenged President Trump for the 2016 nomination, has been vocal in his criticism of the Trump Administration, chiding the decision to pull troops out of Syria and calling on Congress to move forward with the impeachment inquiry. But in his book, Kasich says people can still make positive and meaningful changes in their communities — regardless of what’s happening in the White House.

“I’m not trying to minimize the importance of who we elect as president; it is important. But on a daily basis, what matters to me the most — to most people — is what’s happening where we live,” Kasich said.