John Kasich Changed The Second Amendment Page On His Website 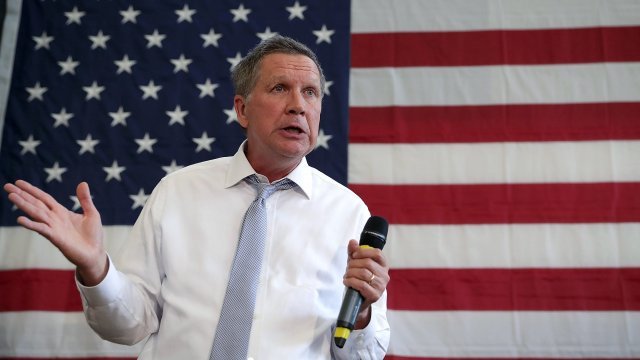 A change to Ohio Gov. John Kasich's website over the weekend suggests he may have changed his views on the Second Amendment.

The former GOP presidential candidate's campaign page that used to be titled "Defending the Second Amendment" has been renamed "Common Sense on the Second Amendment." It now outlines Kasich's past pushes for gun reform and promotes "common-sense solutions to our nation's problems." The change was first pointed out by Ohio Public Radio's Karen Kasler.

On Sunday, Kasich spoke to CNN about the issue after a deadly school shooting in Florida, calling on President Donald Trump to "take some steps" on gun control legislation. Trump has since indicated he would support a current Senate bipartisan gun control bill that would improve the federal background check system for gun purchases.