John Hickenlooper Is Running For The U.S. Senate 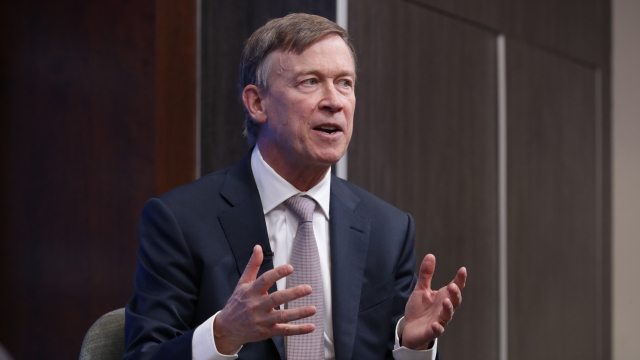 Former Colorado Gov. John Hickenlooper is running for a seat in the U.S. Senate. He announced his bid Thursday, exactly one week after he dropped out of the 2020 presidential race.

"I've always said Washington was a lousy place for a guy like me who wants to get things done — but this is no time to walk away from the table. I know changing Washington is hard, but I want to give it a shot," Hickenlooper said in his campaign announcement video.

Hickenlooper is now one of at least a dozen candidates vying for the Democratic nomination in that Senate primary.

Whoever wins will run against Republican incumbent Cory Gardner in next year's general election.

Reports say Gardner is seen as a vulnerable GOP lawmaker in the 2020 election since President Donald Trump lost Colorado by five points in 2016.

It's unclear if Hickenlooper will have enough support to clear the primary field. Prior to Thursday's announcement, an adviser to another Democrat in the race told Politico that Hickenlooper would "have to prove his mettle" in order to come out on top.