Democratic Presidential Hopeful John Delaney Drops Out Of The Race 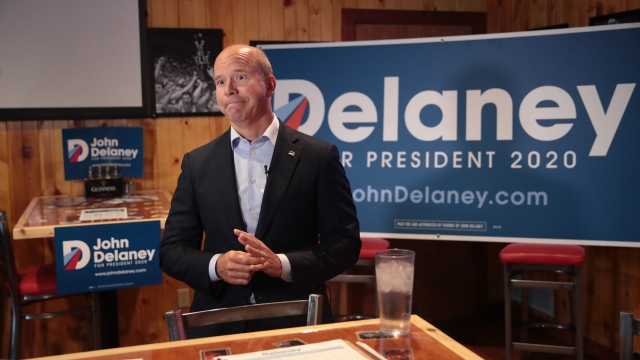 John Delaney is out of the 2020 race for the White House.

The former congressman said he chose to step down because "he was unable to meet the 15% viability in a material number of caucus precincts" and didn't want to hurt other moderate candidates' viability.

The entrepreneur and co-founder of Healthcare Financial Partners and Capital Source had backed a universal health care system. He told Newsy in October that it's a better option than Medicare For All.

Delaney was the first Democrat to announce his candidacy — just months into Donald Trump's presidency. He said in his statement Friday: "Step one is to beat Donald Trump and restore decency to the Office of the President. In many ways, this is all that matters and I am fully committed to supporting our nominee and fulfilling that mission."

Delaney's announcement came just days ahead of the Iowa caucuses.