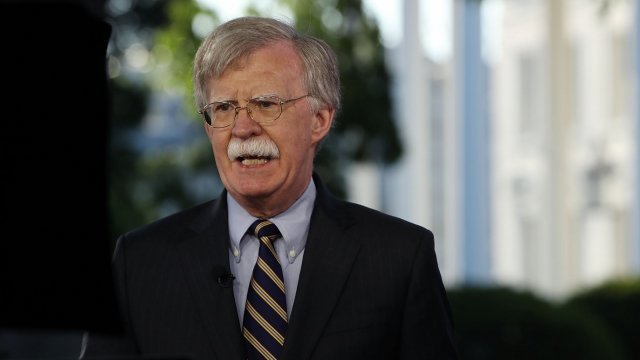 Late last year, the ICC requested authorization to investigate possible war crimes allegedly committed by U.S. service members during the war in Afghanistan. Bolton threatened the court with sanctions if it pursues that investigation, or other investigations into the U.S., Israel and other U.S. allies.

He said, QUOTE: “We will ban its judges and prosecutors from entering the United States. We will sanction their funds in the U.S. financial system, and, we will prosecute them in the U.S. criminal system."

The U.S. never joined the ICC but had a policy of "positive engagement" under the Obama administration.

Bolton also announced the Trump administration will close the office of the Palestine Liberation Organization in Washington, D.C., a decision linked to the ICC.