Bolton Says The U.K. Is First In Line For Trade Deal With The U.S. 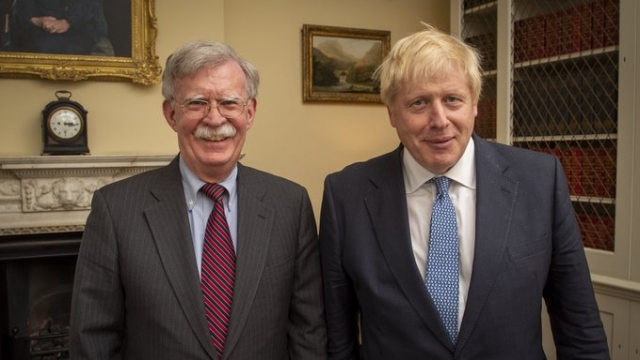 National security adviser John Bolton says the U.K. is first in line for a trade deal with the U.S.

Bolton told reporters that the Trump administration "enthusiastically" supports the prime minister's decision to leave the European Union with or without a Brexit deal in place and could reach sector-by-sector trade deals with the U.K. "very quickly."

Johnson said a trade deal with the U.S. would open opportunities for U.K. businesses but would be a "tough old haggle."

The U.K. is set to leave the EU by Oct. 31, and so far, Johnson has been unsuccessful at renegotiating an exit deal.