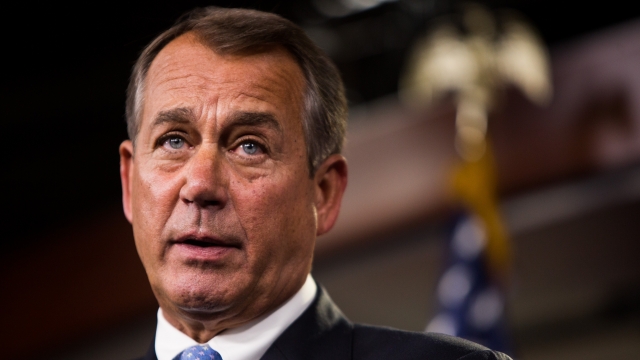 SMS
John Boehner Just Called Ted Cruz 'Lucifer In The Flesh'
By Ben Lawson
By Ben Lawson
April 28, 2016
According to a report from The Stanford Daily, Boehner described Cruz as "Lucifer in the flesh" during a discussion at the university.
SHOW TRANSCRIPT

Former Speaker of the House John Boehner got really frank with his opinion of Ted Cruz during a discussion at Stanford University on Wednesday.

The Stanford Daily reports that Boehner described the presidential candidate as "Lucifer in the flesh."

And Boehner didn't stop there, saying, "I get along with almost everyone, but I have never worked with a more miserable son of a b---- in my life."

However, Boehner was a bit more friendly about Cruz's top rival, Donald Trump. Boehner said he has been golfing with Trump for years and that they are "texting buddies."