John Berry, The Man Who Gave The Beastie Boys Their Name, Has Died 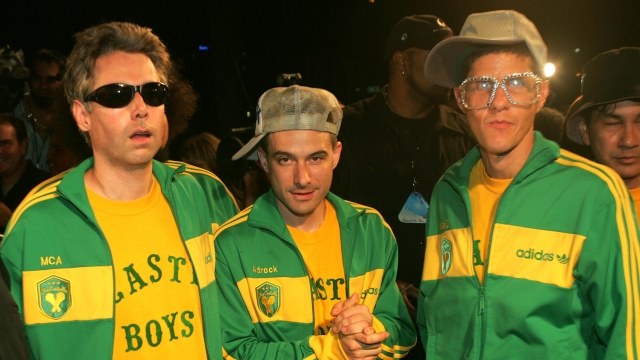 John Berry, one of the founding members of the Beastie Boys, died at a hospice center in Massachusetts on Thursday. He was 52.

John Berry, an original member of the iconic rap group the Beastie Boys, has died at the age of 52.

A family member confirmed his death in a post on Facebook and encouraged people to "do something creative in his memory."

Berry's father told Rolling Stone that he passed away Thursday at a hospice in Danvers, Massachusetts, after his frontal lobe dementia had worsened in recent months.

Berry joined the Beastie Boys back when they were still a punk band called the Young Aborigines, and he's been credited with coming up with the group's name as we know it today.

He played guitar on their first EP, "Polly Wog Stew," in 1982 and left the group shortly after.

But the Beastie Boys didn't forget Berry's role in the band. When the group was inducted into the Rock and Roll Hall of Fame in 2012, Adam Horovitz read a speech from Adam Yauch that gave a shout to Berry.

"To John Berry, to John Berry's loft on 100 Street and Broadway, where John's dad would come busting in during our first practices screaming 'Would you turn that f------ s--- off already?'" said Horovitz.

Yauch himself would die later that year.