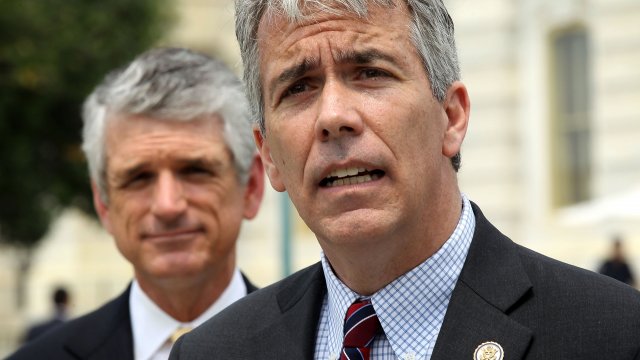 Republican Joe Walsh ended his long-shot bid to defeat President Trump. It comes after he got only 1% of the vote in the Iowa GOP caucuses.

I am ending my candidacy for President of the United States. Look, I got into this because I thought it was really important that there was a Republican calling out this president for how unfit he is.

His exit leaves President Trump with only one Republican challenger: Former Gov. Bill Weld of Massachusetts.

With an enormous war chest and support from the GOP machine, President Trump’s re-election campaign has made it nearly impossible for a challenger to drum up support.

On the trail, Walsh frequently criticized the Republican National Committee for appearing to back the state parties who have scrapped their GOP primaries.

Right now, this party, my party, is disenfranchising millions of Republican voters around the country.

Walsh, a Tea Party Republican, told CNN he'll do anything to "stop" President Trump—even help a Democrat clinch the presidency in 2020.

Any Democrat would be better than Trump in White House.