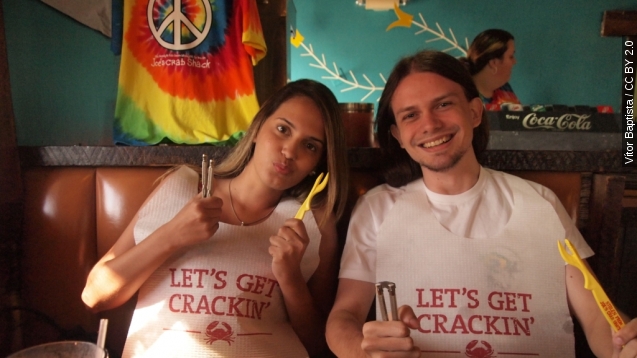 Joe's Crab Shack is testing the waters of the no-tipping movement. The chain is eliminating gratuity at a handful of its restaurants. (Video via Joe's Crab Shack)

The no-tipping movement has picked up steam in the last couple of years, but Joe's announcement is a little different because it's a chain. It's also more casual than some of the fine-dining restaurants that have gotten attention for going tipless.

Last month, the CEO of New York's Union Square Hospitality Group announced a rollout of a no-tipping policy at the company's upscale restaurants.

For Joe's, lowering worker turnover was also a reason for the announcement. (Video via Ignite Restaurant Group)

CNN reports workers at Joe's test restaurants could earn about $12 to $14 an hour. (Video via Ignite Restaurant Group)

Even though it'll mean an increase in menu prices, the CEO of the group that owns Joe's says it'll be worth it.

He told CNN: "It's one of the reasons we are testing, to make sure people are judging the total experience and not just menu price." (Video via Ignite Restaurant Group)

On the company's Facebook, Joe's reiterated the policy is still being tested and it's not sure "when or if this would roll out to all locations."