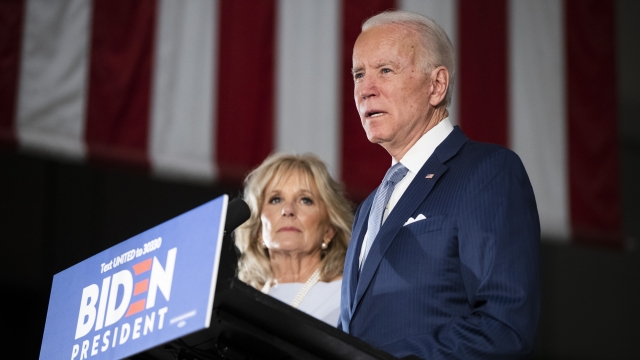 Six more states weighed in on the race for the Democratic nomination Tuesday and Joe Biden racked up more key primary victories.

"It's more than a comeback, in my view, our campaign. It's a comeback for the soul of this nation," Biden said Tuesday night.

The Associated Press projected Biden would win Idaho, Mississippi, Missouri, and Michigan — the night's biggest prize. As of early Wednesday morning, the AP hadn't projected a winner for North Dakota or Washington.

Michigan was arguably the biggest loss for Sen. Bernie Sanders. Beyond trying to grab a majority of the state's 125 delegates, Sanders needed to show he could drum up support in the state. Michigan will likely be a must-win for the Democratic nominee in November.

Once all the votes are counted from these six states, 352 delegates will be split up between Biden and Sanders. But next Tuesday is even bigger.

Arizona, Florida, Illinois and Ohio will vote on March 17, putting their 577 delegates up for grabs.