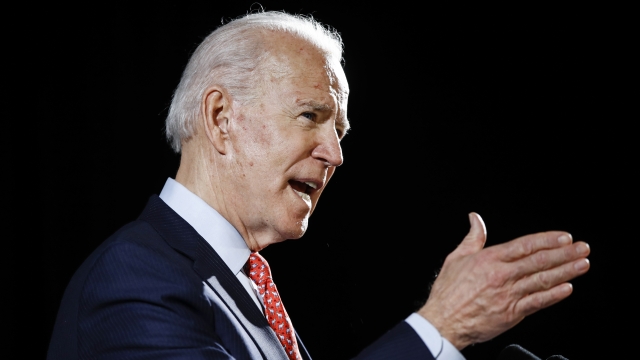 Three states voted amid the coronavirus pandemic, and each one delivered Joe Biden a win.

"Our campaign has had a very good night," Biden said.

The Associated Press projected the former vice president will win Arizona, Florida and Illinois. All three calls were made shortly after polls closed, which speaks to the strength of Biden's support.

"Our goal as a campaign, and my goal as a candidate for president, is to unify our party — and to unify the nation, " Biden said.

All three states took precautions to prevent the spread of the coronavirus on primary day. But one state did not vote as planned. Last-minute orders from the governor and state health director delayed Ohio's primary.

Biden's success Tuesday night expands his delegate lead over Sen. Bernie Sanders and cements his status as the undisputed frontrunner. But he's still short of the 1,991 pledged delegates needed to clinch the nomination before the Democratic National Convention.

It's likely to be a few weeks before the Democratic primary contest takes another step forward. Georgia, the next state originally scheduled to vote, has delayed its primary until May 19 because of the coronavirus pandemic. As of Wednesday, the next states to go to the polls will be Alaska and Hawaii on April 4.