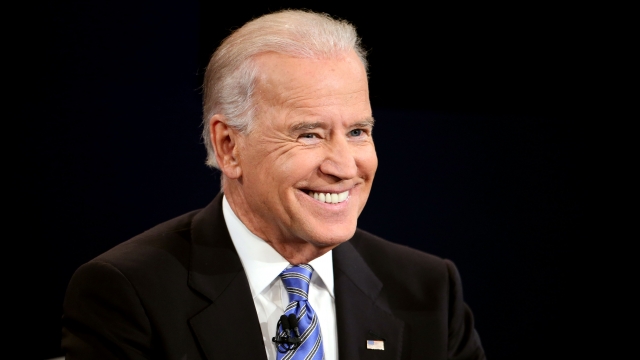 But the question is, is he serious? Here's how it played out, according to MSNBC.

Biden got the question he's gotten many times before: Will he run for office again?

"For what?" a reporter asked.

"For president," Biden said. "You know, so what the hell, man. Anyway."

Later on, when a reporter asked if he was joking, he said he's "not committing not to run."

Biden announced in October 2015 he would not seek the Democratic nomination for president in 2016. The announcement came about five months after his son, Beau Biden, died.

"Unfortunately, I believe we are out of time — the time necessary to mount a winning campaign for the nomination," Joe Biden said in a Rose Garden press conference on Oct. 21, 2015.

Biden told CNN in October he thought he could beat Hillary Clinton or anyone who ran for the nation's highest office, but his sole reason for not running was his son's death.