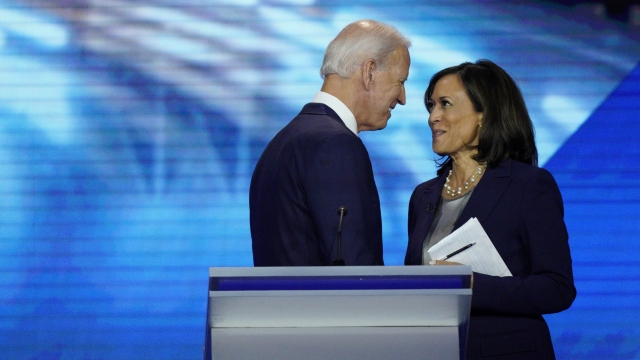 The California Democrat is the first woman of color to join a major party presidential ticket.

Harris launched her own presidential run last year. She left the race amid declining poll numbers and fundraising struggles.

She went on to endorse Biden and become a key surrogate in his campaign.

"I believe in Joe. I really believe in him, and I have known him for a long time," Harris said earlier this year in a video she shared to Twitter.

The daughter of Indian and Jamaican immigrants, Harris has broken down barriers, becoming one of only a handful of Black women to launch a White House bid and the first Black woman to serve as California's attorney general.

She now serves as just the second Black woman to be elected to the Senate.

Her selection comes months after Biden promised to pick a woman as his running mate.

"I commit that I will, in fact, pick a woman to be vice president," the former vice president said in March during a Democratic primary debate.

He has faced pressure to pick a woman of color amid nationwide protests over police brutality and systemic racism.

At 55, Harris is younger than Biden, and she could help him make better inroads with young voters, liberals and nonwhite Americans.

Biden and Harris will officially be nominated at the Democratic National Convention beginning Aug. 17.