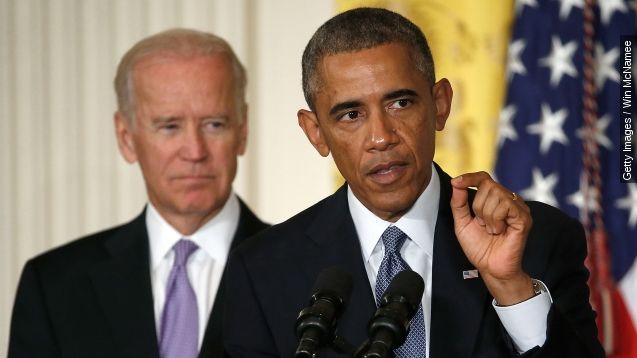 As Barack Obama begins his final year as president, Vice President Joe Biden shared a touching story about how the commander-in-chief has become like family to him.

Biden revealed in an interview with CNN Obama had offered to help him and his family out financially when his late son Beau Biden was battling brain cancer. (Video via CBS)

Biden had voiced his concerns to President Obama about caring for Beau's family without his son's salary as Delaware's attorney general.

He said he was even considering selling his family's home in order to provide for them. But Obama wouldn't even let him entertain the idea. (Video via Let's Move)

"It's really, it's personal," Biden said.

And Obama continued to offer his love and support for the Biden family when Beau died in May 2015. The president even gave an emotional eulogy at the funeral. (Video via The White House)