Biden Taking Heat For His Stance On Weed 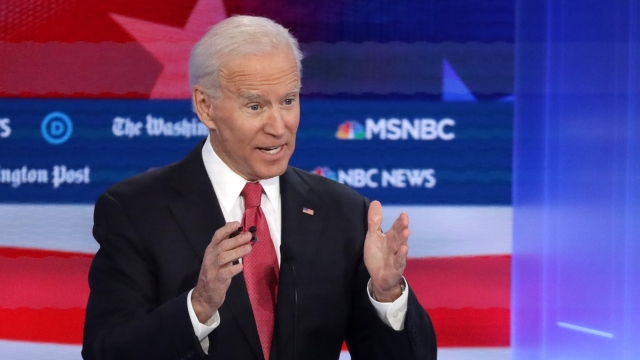 SMS
Biden Taking Heat For His Stance On Weed
By Kellan Howell
By Kellan Howell
November 21, 2019
Former Vice President Joe Biden has been fielding criticism for his stance on marijuana. Experts say it could be a political liability.
SHOW TRANSCRIPT

Sen. Cory Booker took a debate swipe at former Vice President Joe Biden's stance on marijuana legalization, less than a week after Biden shied away from supporting an end to the federal ban on pot.

"The truth of the matter is there's not nearly been enough evidence that has been acquired as to whether or not it is a gateway drug," Biden told voters at a town hall even in Las Vegas on November 16.

That sparked a lot of blowback from marijuana advocates, civil rights groups and progressive lawmakers.

In an interview with Marijuana Moment, Congresswoman Alexandria Ocasio-Cortez said, "These are Reagan-era talking points that were behind one of the worst and most shameful phases of American policy, which is mass incarceration."

Biden's position sets him apart from most of the 2020 Democratic field. Senators Bernie Sanders and Kamala Harris, as well as businessman Andrew Yang, all emphasized they support legalization following Biden's comments. 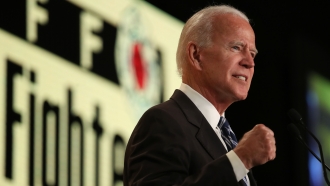 Biden later clarified his position on marijuana policy, tweeting that no one should be in jail for marijuana use. He added that he wants to decriminalize recreational marijuana use, expunge prior criminal records, allow states to legalize it, and open the door for more scientific research.

He says he will do this by moving marijuana to a less restrictive schedule on the list of federally controlled substances. Weed is currently considered a schedule one drug.

"So what moving from one to two means, it means we're going to stop treating marijuana like heroin and we're going to treat it instead like cocaine, which is still a position that I don't think the majority of this country believes is accurate for where marijuana should be," Erik Altieri, executive director of the National Organization for the Reform of Marijuana Laws (NORML) told Newsy.

In a statement to Newsy, Violet Cavendish, a spokeswoman for the Marijuana Policy Project said, "While decriminalization is preferable to prohibition, it does not ensure the safety of marijuana and marijuana products, while increasing the size of the unregulated illicit market. And while it may help reduce arrests, it still leaves room for criminalization of those who produce or sell marijuana." 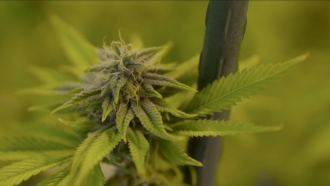 Now, Biden's position has been adopted by some Republicans to argue against ongoing legislation that would legalize cannabis.

"I don't necessarily agree with Joe Biden on this, but it is interesting that he does ask for more study to be done," Rep. Doug Collins, the Ranking GOP member on the House Judiciary Committee said during a markup of the MORE Act on Wednesday. That bill would legalize cannabis at the federal level.

"There has to be some sort of concern amongst Democratic voters when you see one of the front-runners in the primary being cited positively by far right-wing conservatives in this way," Altieri said.