Joe Biden Gets A Big Win In South Carolina's Primary 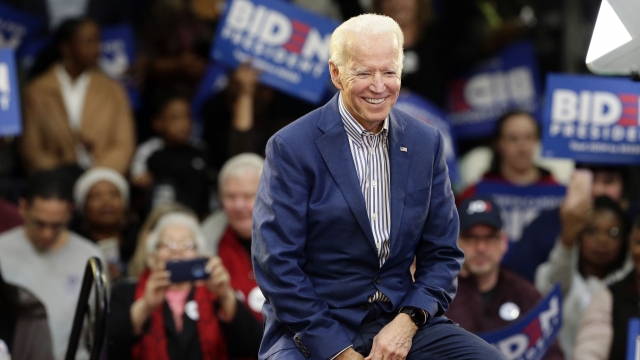 Voters in South Carolina gave Joe Biden's campaign a much-needed jolt by delivering his first victory of the 2020 primary season.

"Just days ago, the press and the pundits had declared this candidacy dead. Now, thanks to all of you, the heart of the Democratic Party, we just won and we've won big because of you," Biden said.

Within minutes of the polls closing Saturday evening, the Associated Press projected Biden would win the state's primary.

"My buddy Jim Clyburn, you brought me back," Biden said.

Sen. Bernie Sanders is on track to come in second, but a very distant second place. Billionaire Tom Steyer did not get the support he was hoping for, and announced his decision to drop out of the race Saturday evening.

With the first four primary competitions complete, each candidate now needs to actively campaign in multiple states at a time.

In the first three weeks of March, 24 states will vote in the Democratic primary, with the majority of those votes taking place on Super Tuesday.