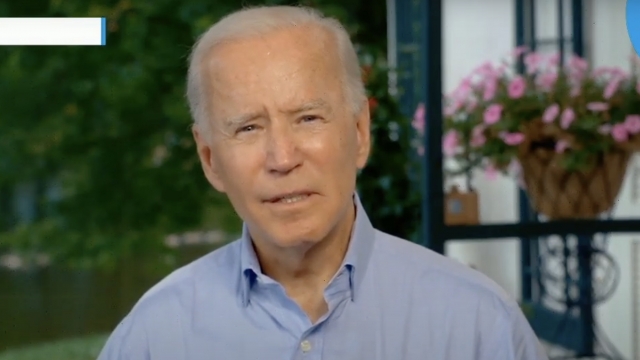 "Hello, Democrats, I know we can’t be together in person today," said U.S. Sen. Elizabeth Warren.

"Things need to change in Texas and in this country," declared U.S. Rep. Joaquin Castro.

Biden began his remarks by addressing the COVID-19 pandemic and the death of George Floyd.

"It's time to take a hard look at the uncomfortable truth. It’s time for us to face the deep open wound of systemic racism in the nation," said Biden.

He also made a direct appeal to Hispanic Texans, promising to protect Dreamers — or undocumented immigrants brought to the U.S as children — and reminded them of policies directly impacting some in the Latino community.

"Whether it's his attacks on health care, a meaningless wall or children being ripped from the arms of their mothers," listed Biden.

The event was meant to galvanize Texans ahead of the election with many of the speakers encouraging Biden to make a run to win Texas and spend more money in the state.

A recent poll from Quinnipiac University shows Biden and President Trump neck and neck in the Lone Star State.

The last time Texas went blue was for President Jimmy Carter in 1976.

The gathering had a dual purpose.The Democratic National Convention has already been pushed back from July to August so this event could help determine if a convention of that scale could be held online.

A Texas Democratic Party official told Newsy they've raised 1 million dollars this week and have had days where more than 100,000 people tuned in.