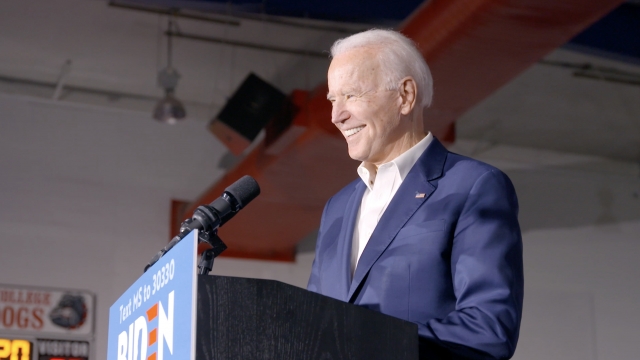 The Associated Press reported Biden hit the magic number of 1,991 pledged delegates a few days after the June 2 primaries.

Joe Biden has officially clinched the Democratic nomination for president.

The Associated Press reported Biden hit the magic number of 1,991 pledged delegates shortly after the June 2 primaries. That guarantees the former vice president will have enough support to be declared the winner during the first vote at the Democratic National Convention.

After Sen. Bernie Sanders dropped out of the race in April, Biden became the presumptive Democratic nominee. So it's no surprise that he reached the pledged delegate milestone ahead of the convention.

The Democratic National Convention is currently scheduled for the week of Aug. 17 in Milwaukee. But with the coronavirus pandemic ongoing, it's still unclear whether that will be an in-person event, a virtual event or some hybrid of the two.