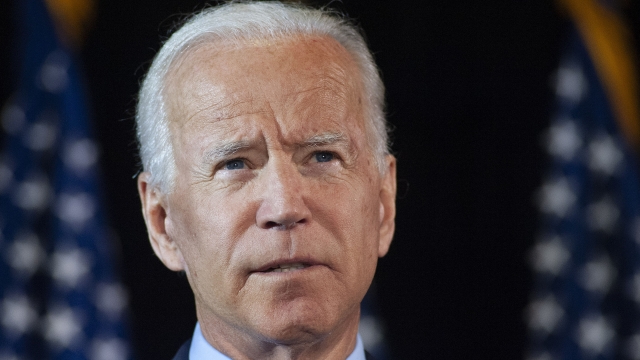 Democratic presidential candidate Joe Biden announced for the first time his support of the impeachment inquiry against President Donald Trump.

The former vice president made the comments during a campaign speech Wednesday in Rochester, New Hampshire.

"Donald Trump has violated his oath of office, betrayed this nation and committed impeachable acts," Joe Biden said. "To preserve our Constitution, our democracy, our basic integrity, he should be impeached."

Biden said President Trump had "indicted himself" when he repeatedly pressured Ukrainian President Volodymyr Zelenskyy to investigate Biden and his son Hunter during a July 25 phone call. House Democrats opened a formal impeachment inquiry into President Trump following reports of a whistleblower complaint regarding that phone call. And Biden said the president "convicted himself in full view of the world and the American people" when he publicly called for Ukraine and China to investigate the Bidens last week.

President Trump responded to Biden's remarks on Twitter, saying "So pathetic to see Sleepy Joe Biden, who with his son, Hunter, and to the detriment of the American Taxpayer, has ripped off at least two countries for millions of dollars, calling for my impeachment - and I did nothing wrong."

On Tuesday, the White House announced it would refuse to cooperate with the impeachment inquiry, calling the probe "baseless" and an attempt by Democrats "to overturn the results of the 2016 election."