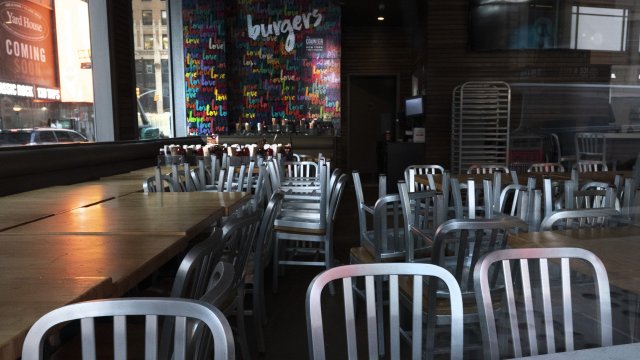 Nine months into the COVID-19 pandemic, there's still no sign of relief in the labor market. But another package from Congress could make a big difference.

"We committed to continuing these urgent discussions until we have an agreement, and we agreed we will not leave town until we've made law," said Senate Majority Leader Mitch McConnell.

The latest bill on the table would extend unemployment benefits and provide aid to small businesses — two elements that could relieve the pressure on jobs. And on Wednesday, Federal Reserve Chairman Jerome Powell warned the next few months could be rough for the economy. But he also said the vaccine developments are promising.

"The second half of next year, the economy should be performing strongly. We should be getting people back to work. Businesses should be reopening and that kind of thing," Powell said.