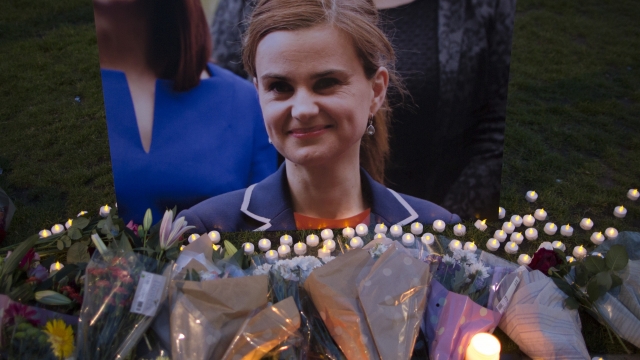 Police say a 52-year-old man has been charged with the murder of British lawmaker Jo Cox.

Thomas Mair also faces charges of grievous bodily harm and possession of an offensive weapon. Cox was shot and stabbed as she was leaving a meeting on Thursday.

The Southern Poverty Law Center has published documents indicating Mair is a supporter of the National Alliance, a neo-Nazi group based in the United States.

The SPLC says Mair sent $620 to the group for subscriptions to periodicals and instructive materials on building a homemade gun. He also received materials titled "Chemistry of Powder & Explosives," "Incendiaries" and "Improvised Munitions Handbook."

Witnesses say Mair yelled "Britain First" as he attacked Cox, a possible reference to a far-right political party. The party, which has distanced itself from the attack, opposes "mass immigration."

Cox was a member of Britain's left-wing Labour Party and campaigned to allow 3,000 child refugees from Syria to settle in Britain.

Police say they will be investigating Mair's possible link to right-wing extremism as well as any mental health issues.

This video includes clips from ITV, Jo Cox MP, Britain First and Sky News and an image from Getty Images.