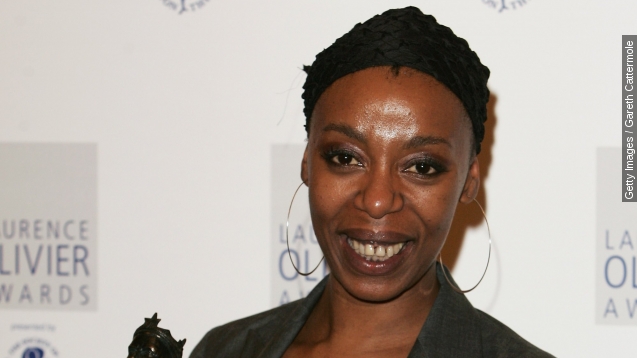 By Lexie Hammesfahr
December 21, 2015
The "Harry Potter and the Cursed Child" casting announcement reveals the next three stars to take on the roles of Hermione, Ron and Harry.
SHOW TRANSCRIPT

Daniel Radcliffe, Emma Watson and Rupert Grint have become the faces we envision when we think of Harry Potter, Hermione and Ron. (Video via Warner Bros. / "Harry Potter and the Deathly Hallows Part 2")

But the upcoming play will change that — and Noma Dumezweni, the woman playing Hermione in "Harry Potter and the Cursed Child," is black.

Hermione was played by British actress Emma Watson in the franchise. And in case you've never seen one of those films, Watson is a white woman.

We totally have faith in Dumezweni, too. Her resume speaks for itself and includes a Laurence Olivier Award  —  one of British theater's top prizes.

The eighth installment to the Harry Potter story, "Harry Potter and the Cursed Child," will start previews in June 2016.