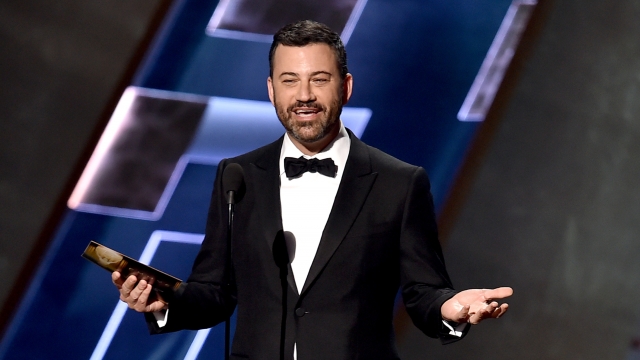 ABC tried to get Jimmy Kimmel to host the 2016 Emmy Awards and succeeded.

The late-night talk show host tweeted out, "I am hosting the #Emmys on Sunday Sept. 18. Until then, have a great summer."

Kimmel has gifted us with his showmanship as host of the Primetime Emmys once before in 2012. ABC executives said they expect Kimmel to deliver something "bigger, bolder and better than ever."

Nominations for the 68th Primetime Emmy Awards will be announced July 14.