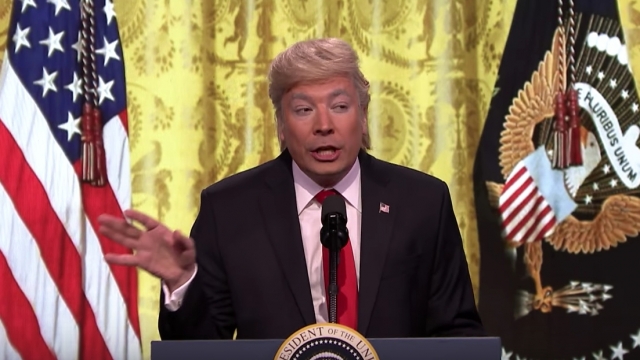 What do you do when you're not sure what to say about the day's hot topic? You spoof it, of course.

On Thursday night's "Tonight Show," Jimmy Fallon reenacted President Donald Trump's press conference from earlier in the day. The press conference, which was supposed to be about Trump's new pick for secretary of labor, covered nuclear war, Russia sanctions, the media as fake news and even the electoral vote among other things.

So Fallon had quite the list of material to work with.

"Thank me and buckle up because I'm coming in hot," Fallon said in his best Trump voice.