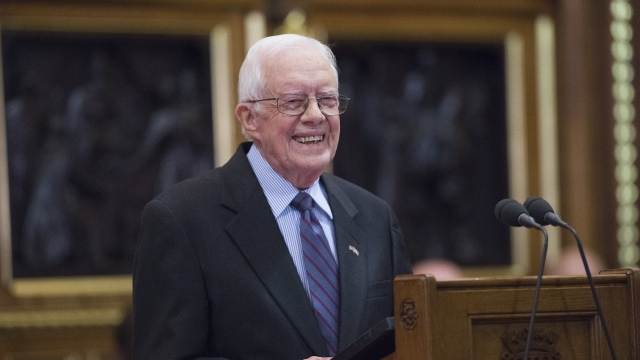 A statement from The Carter Center said the former president is at Emory University Hospital in Atlanta following surgery "to relieve pressure on his brain from a subdural hematoma." The center said "there are no complications from the surgery" and that Carter "will remain in the hospital as long as advisable for observation."

According to the center, the pressure was "caused by bleeding due to his recent falls." Carter was hospitalized twice in October following two separate falls in his home. The first fall left him with a black eye and 14 stitches; the second caused a minor pelvic fracture.

Earlier this year, Carter — who is 95 years old — surpassed George H.W. Bush as the longest-lived president in U.S. history.