Jimmy Carter Is Now The Longest-Living US President 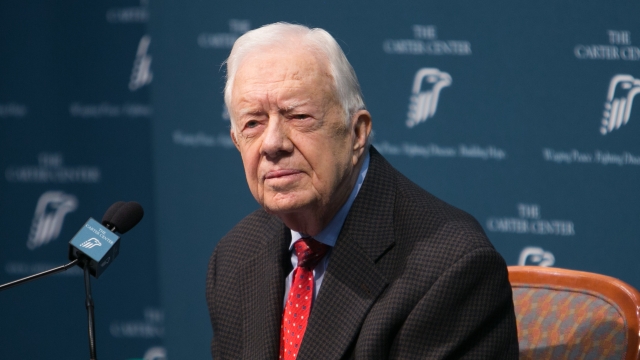 As of Friday, Carter is 94 years and 172 days old — which makes him the longest-living president in U.S. history.

The title had previously been held by George H.W. Bush, who passed away in November.

Carter, a Navy veteran, served as the nation's 39th president from 1977 to 1981. During his one term in office, Carter dealt with the energy shortage, created the Department of Education and established diplomatic relations with China.

In the more than 38 years since leaving the White House, he's founded The Carter Center to help promote human rights around the globe, won the Nobel Peace Prize and partnered with Habitat for Humanity. And he still teaches Sunday school a couple times a month at a church in Georgia.

Carter also holds the record for having the longest post-presidency in U.S. history.