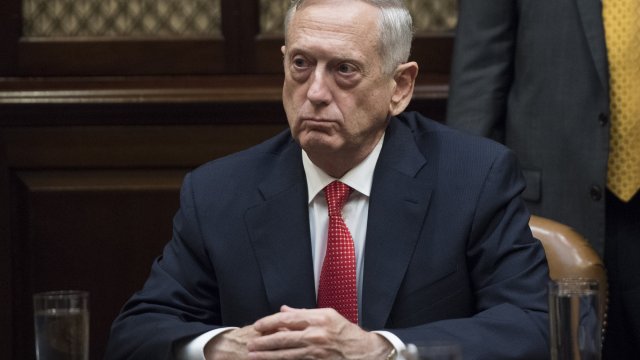 Former Defense Secretary Jim Mattis said he served in his position for as long as he could before stepping down.

In an excerpt from his new book, which was published in the Wall Street Journal, Mattis revealed he felt his advice was no longer resonating with the Trump administration.

The retired Marine general touched on the threat of tribalism in the U.S, writing, "We are dividing into hostile tribes cheering against each other, fueled by emotion and a mutual disdain that jeopardizes our future, instead of rediscovering our common ground and finding solutions."

Mattis also expanded on points he made in his resignation letter from December. He reiterated the need to maintain a strong relationship with allies, referencing a saying in the Marines: "When you’re going to a gunfight, bring all your friends with guns." Mattis went on to say, "Nations with allies thrive, and those without them wither. Alone, America cannot protect our people and our economy. At this time, we can see storm clouds gathering."

That particular excerpt appears to be criticism of his former boss, though he doesn't mention the president by name. President Trump has engaged in public disputes with allies such as Canada, Mexico, Denmark and Germany.

Mattis left the Department of Defense in January over policy differences with the president. He submitted his letter of resignation shortly after President Trump announced the withdrawal of U.S. troops from Syria.