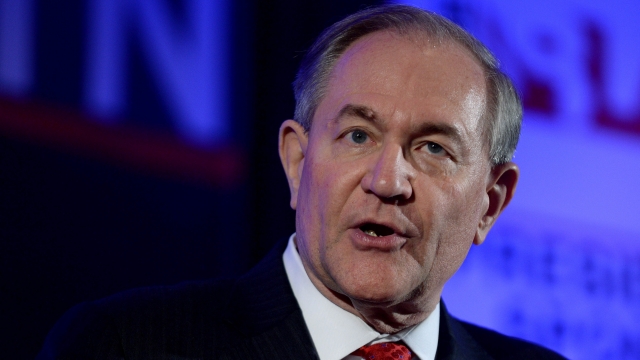 Former Virginia Gov. Jim Gilmore is dropping out of the race for the GOP presidential nomination.

Gilmore was probably one of the least recognized candidates this cycle. He often polled at zero percent and sometimes wasn't offered as a choice in the polls. (Video via CNN)

However, he was able to make his way into two debates: His first was in August 2015, and the second was this year in January.