Everything You Need To Know About The Election Recount In Wisconsin 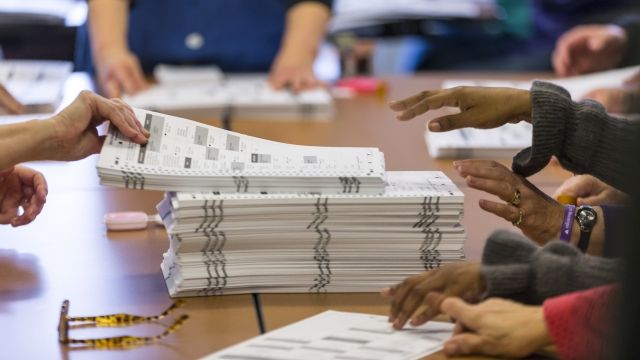 A lot of people are asking this: Why is Green Party candidate Jill Stein asking for a recount in Wisconsin? She barely got 31,000 votes in the state.

Well, the Stein campaign says Alex Halderman, a University of Michigan professor, is suggesting there's a possibility there might've been some malware or a software malfunction that somehow someone intentionally put into these machines that would have given an inaccurate count of the vote.

Now, the Wisconsin Elections Commission points out there is no evidence or proof that any of these machines were tampered with or that anything was inaccurate.

So, who is going to pay for this recount? If the margin of difference is less than .5 percent, then state taxpayers pay for it. That's not the case here.

So Stein has to pay for the recount, and she's been out there raising money. Right now, the state estimates the cost of the recount will be $3.9 million. It will be up to each individual county in Wisconsin; there are 72 counties. Some will do a hand recount. Others will take the ballot and put it back into the machine and do a recount.

What the Stein campaign is hoping is that the recount will show that Hillary Clinton actually won Wisconsin and that those 10 electoral votes in Wisconsin would go to the Clinton camp.

But she also wants recounts in Michigan and Pennsylvania. Donald Trump got 306 electoral votes; you need 270 to win the White House. But if you could change the outcome in Wisconsin, Pennsylvania and Michigan, then Clinton would have won the presidential election, not Trump.

Keep in mind, the Wisconsin Elections Commission believes there is no chance of that happening. Members say the first count was an accurate count and that the recount will also show Trump won Wisconsin and Clinton lost Wisconsin.