'Jihad' Makes Us Think 'Terrorism,' But That's A Huge Inaccuracy 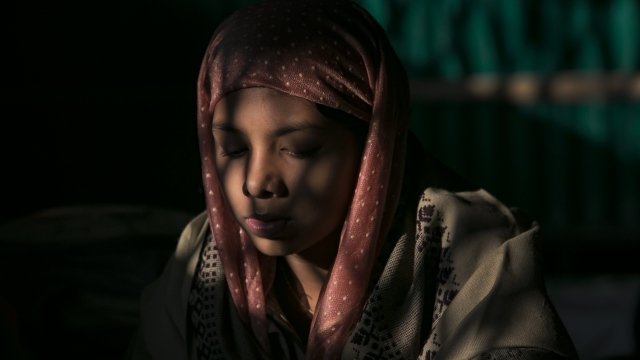 SMS
'Jihad' Makes Us Think 'Terrorism,' But That's A Huge Inaccuracy
By Chance Seales
By Chance Seales
February 6, 2018
Small groups have taken the verses that speak about "jihad" and twisted them to justify radical movements.
SHOW TRANSCRIPT

Every Muslim is called to wage jihad. It says so in the Quran time and again.

However, the true meaning of the word and verses have been a source of deep, sometimes bloody, disagreement since they were written about 1,400 years ago. In modern texts, "jihad" has typically been translated as "to strive." Here's why.

A few examples from the Quran:

— "So obey not the rejectors of faith, but strive (jahidhum) against them by it (the Quran) with a great endeavor." (Quran 25:52)

— "Lo! those who believe, and those who emigrate (to escape persecution) and strive (jahadu) in the way of Allah, these have hope of Allah's mercy…." (Quran 2:218)

Most religious communities have taken this to mean an inner struggle — an ongoing, personal and spiritual battle to choose what is good and what is right. 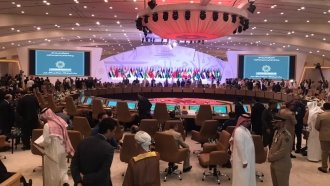 When you hear that Islam is a religion of peace, this is the reason. This dominant interpretation calls for Muslims worldwide to wage the battle — wage jihad — against temptations and tribulations, leading to a fuller faith.

As with many ancient texts, small groups have taken the verses and twisted them in a radical way with a literal meaning. In this case, radicals try to convince young, often troubled people that the only way of waging jihad is to do it externally and violently.

So when they read, "Therefore listen not to the Unbelievers, but strive against them with the utmost strenuousness," they say it's a mandate to kill anyone who doesn't believe exactly as they do.

A vast majority of Muslims and scholars today could not disagree more, pointing out only specific instances when violence is permissible.

The Islamic Supreme Council of America lists these three exceptions:

1. When there are "aggressive designs" to attack Islam.

3. And when military campaigns are launched to eradicate Muslims.

With more than 1.8 billion Muslims around the world, making up a quarter of the planet and growing, there's a fierce effort to now reclaim "jihad," the word, and the sacred imperative that's been "hijacked" by radicals bent on death and destruction.